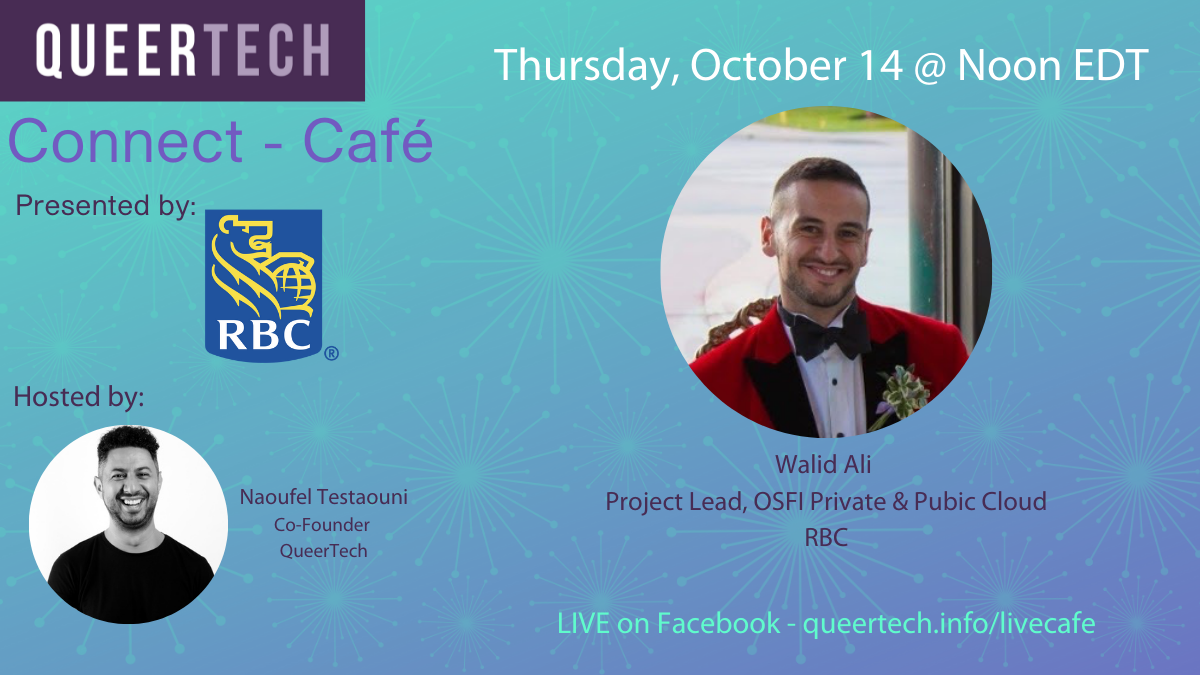 Walid has worked at RBC for over 5 years and is currently leading a regulatory project with a focus on cloud technologies. In a previous role Walid was a Product Manager for OpenShift, RBC’s Private Cloud container as a service. Before that, Walid had worked with several cloud platforms  and cloud infrastructure projects. Walid believes in getting involved in the LGBT+ community in a mentorship capacity, and to create meaningful connections within the community. He believes strongly in multiplying people’s skills and the importance of representation.